Palomar 1:1 feed line choke kits are current baluns (split output) or ununs (coax output). They consist of several models with 5-15 large ferrite beads that slip over the coax (but will not slip over a connector). Also included are three lengths of shrink tubing to enclose the balun and hold the beads in place on the cable. They work from 1.8-300 MHz (see impedance table for each product for measured choking impedance levels for 5-15 beads) and allow use of full power rating of the coaxial cable at an SWR of 1:1. No tools are required for installation, just a source of heat to shrink the tubing using a heat gun, lighter, matches. 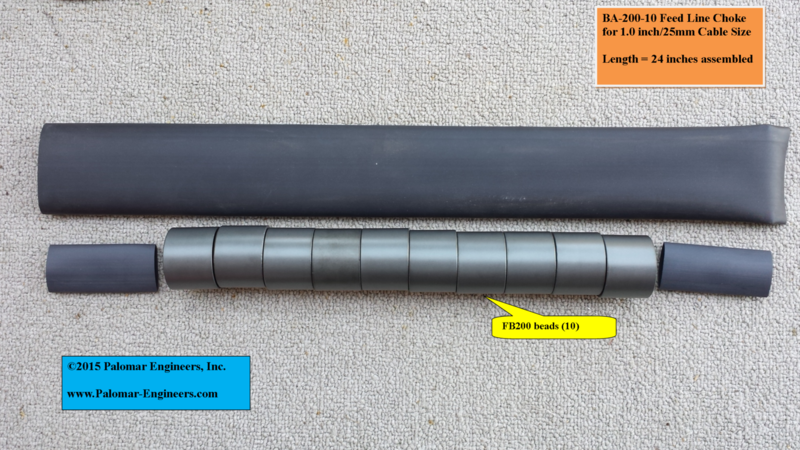 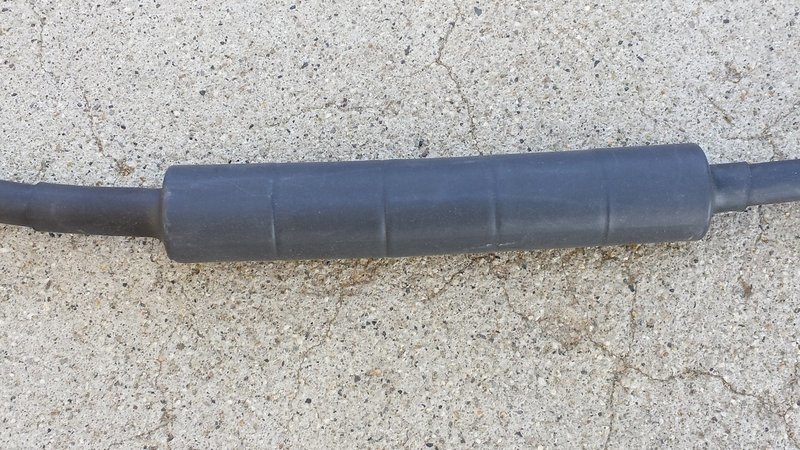 Baluns are used to connect balanced antennas to unbalanced  transmission lines (Coaxial cable) and Ununs are used to connect unbalanced transmission lines to unbalanced transmission lines or unbalanced antennas (e.g. verticals).  In the case of 1:1 baluns the input is usually an unbalanced coax cable and the output load is a two terminal balanced load like an antenna.  Ununs are also called line isolators, feed line chokes, and 1:1 coaxial baluns (incorrectly).  1:1 Baluns and ununs stop common mode currents (flowing on the outside of the coax braid due to skin effect) when they are located at the antenna feedpoint. They can also be used as “line isolators/chokes” anywhere along the cable to suppress flow of induced RF (antenna near field radiation and neighborhood noise pickup) which helps suppress RFI into the radio receiver/transmitter.  For best results, put one at the antenna feed point connection, and one at the radio room entrance, and for difficult common mode current cases, one every 1/4 wavelength along the antenna feed line.  For low (below 3 MHz) frequencies, use two 5 bead baluns in series to double the choking impedance or order the 10 bead or 15 bead version for higher choking power.