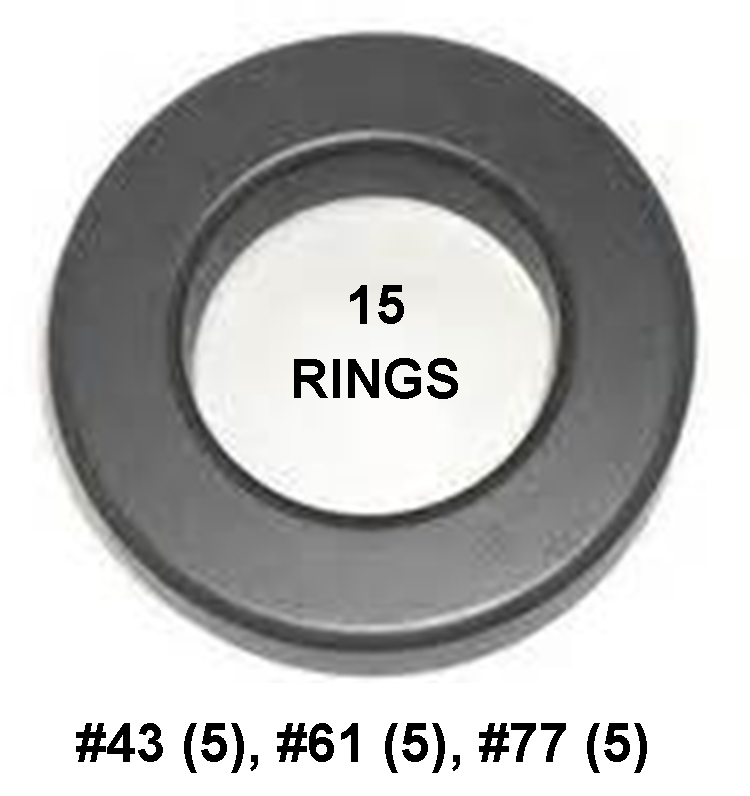 The Ferrite Ring Combo Pack is a convenient solution for troubleshooting RFI/EMI from unknown frequencies or multiple frequencies that require multiple suppression mixes. Included in this combo pack are ten 1.4″ OD/.9″ ID ring toroids as follows:

The ring toroids can also be used on coax or signal lines as shown below:

For RFI/EMI wrap as many turns as possible for higher choking (under 30 MHz). For over 30 MHz, 1-3 turns is usually sufficient due the to capacitive effect of multiple turns reducing choking effect.

Save this product for later
Tutorials